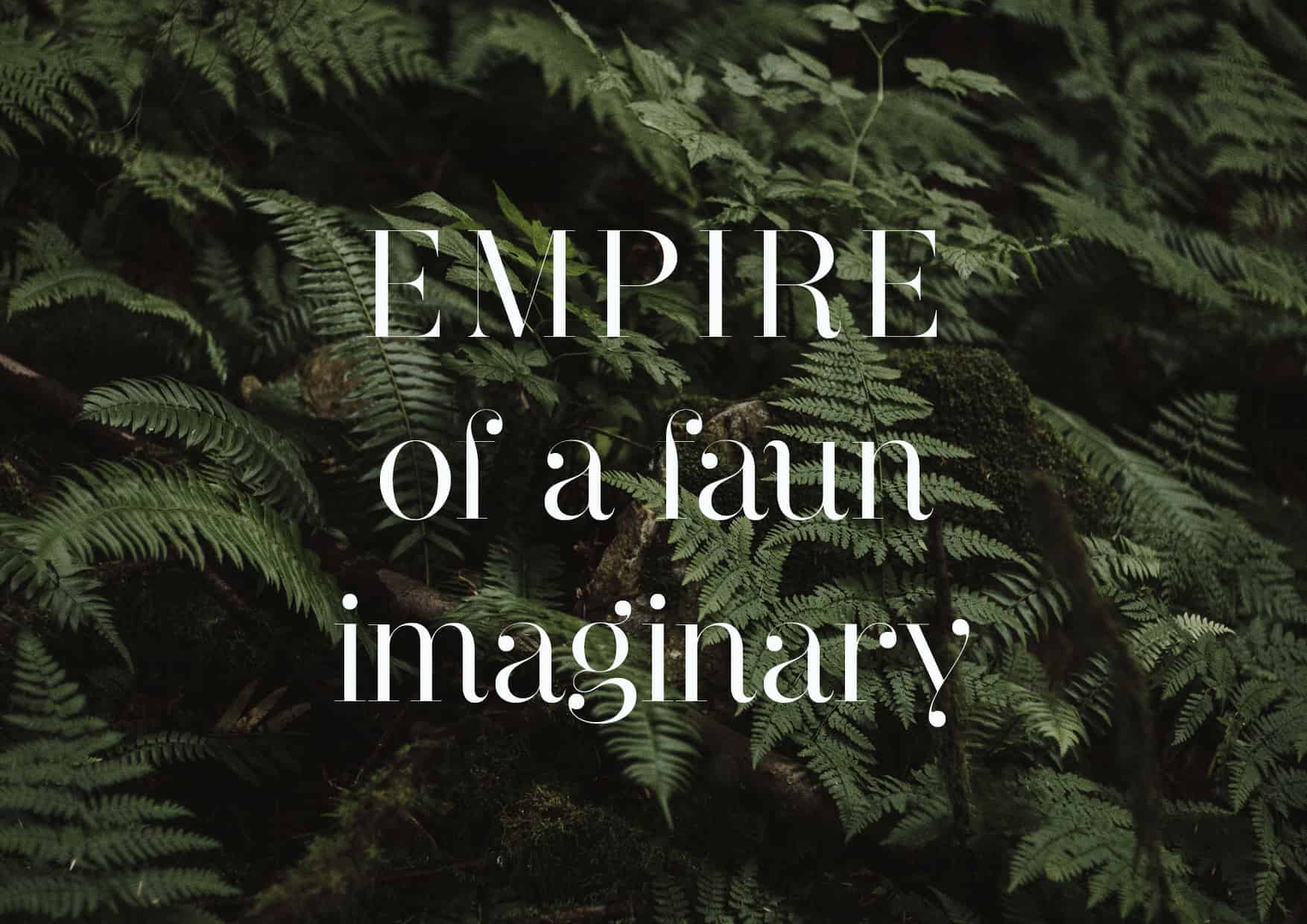 Empire of a Faun Imaginary

Empire of a Faun Imaginary is about the feeling of venturing into the unknown, when the pull of the known is so strong. It is about circling the unknown as a practice, and asking: Will we ever land? Do we want to land? It is a symposium of half-finished findings, where scientists do magic, and where mammoths run in circles. It is a long and luxurious meandering, wandering, and wondering, in a directionless space. Where there are sightings of fauns and bodies, where there are powerful phenomena shifting the fixedness of things, and anchoring the unfixedness of things.

Empire of a Faun Imaginary is an adaptation, a collage, a song, an interweaving of things that were not meant to be interwoven. It is now a solo, now a duo, now a quartet with a song. It is made up of parallel narratives, unfinished narratives, fragmented narratives, of things started and interrupted, performed by people who are present in each other’s narratives, but at the periphery.

Empire of a Faun Imaginary is a work about insistence, over-belief, and the importance of mystery and the unknown. It is about leaning towards death as a way to go on, and about the horror of the long and useless road. In that, it tries to articulate, practise, and finally embody an imagined Zeitgeist,  that asks: How can we go on, and how can we dream again?