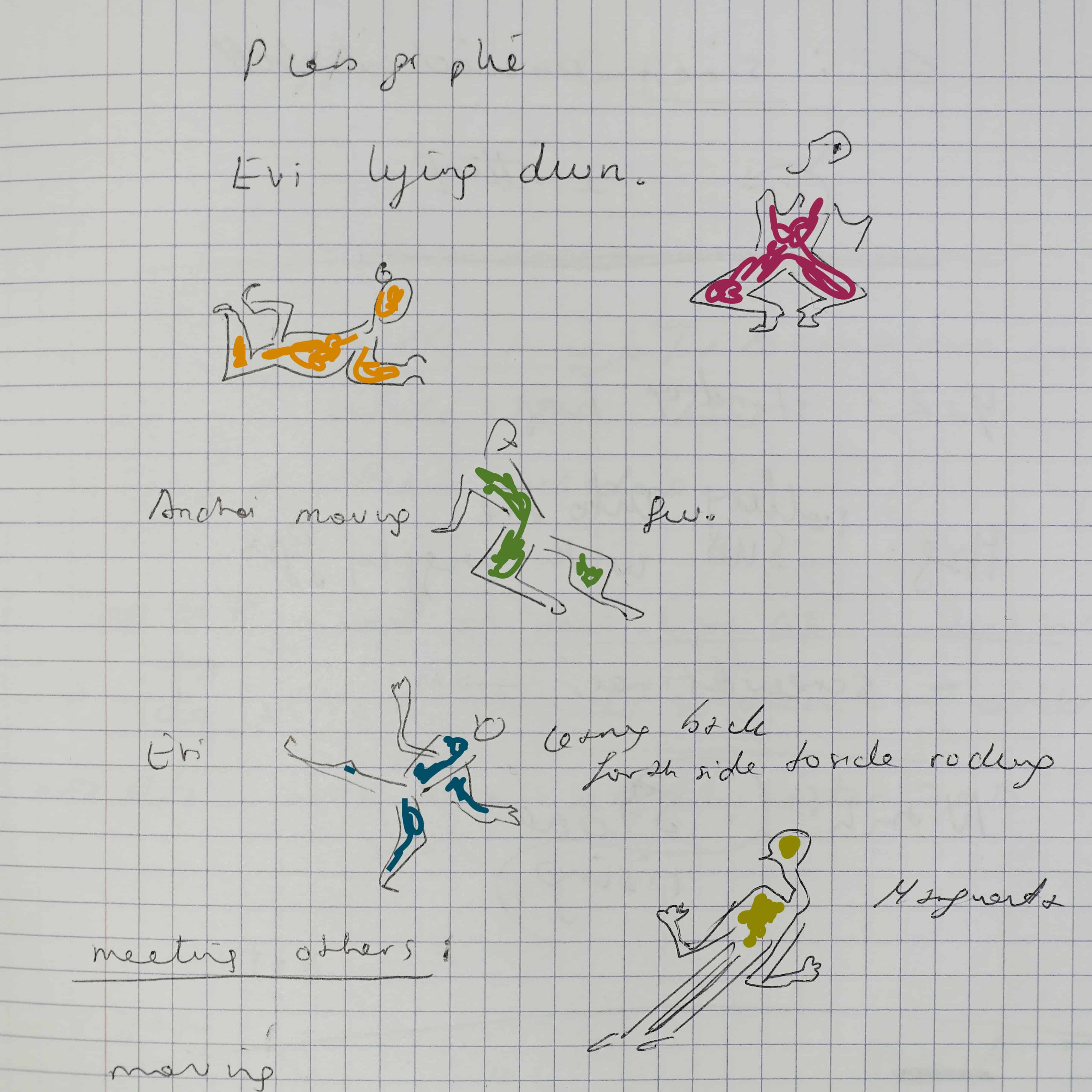 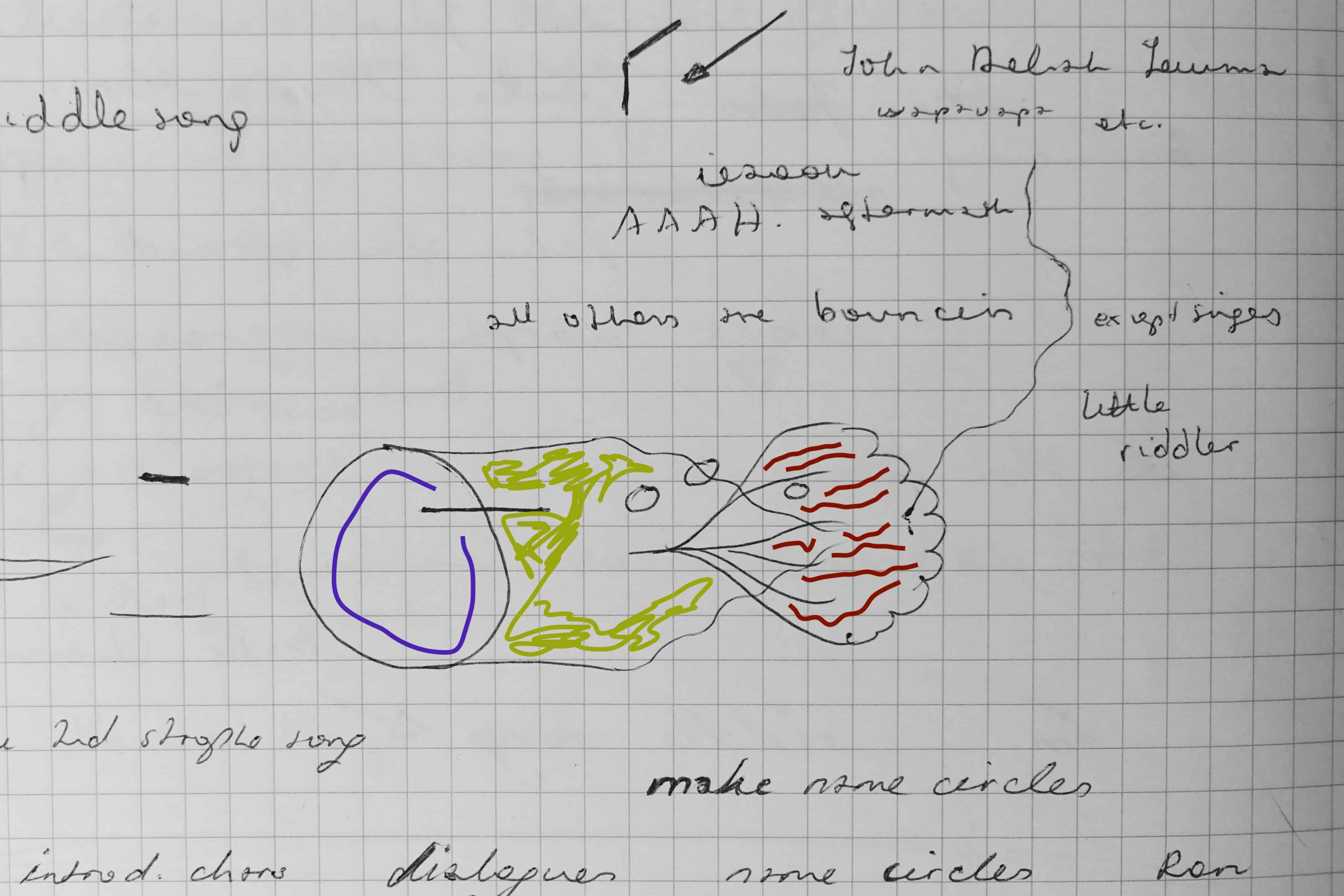 The piece was never performed in the theatre due to the coronavirus pandemic. Below is some of the text we were working with.

Fancy = Kind woman at the market

John: Jemima, don’t worry. We can do this together.

Jemima: John, oh John, do you see them? They are coming this way.

John: Jemima, quick! We need to get Ron!

There is a dark cow

in the cavernous depths of your heart

There is a dark cow

Hiding in the darkness